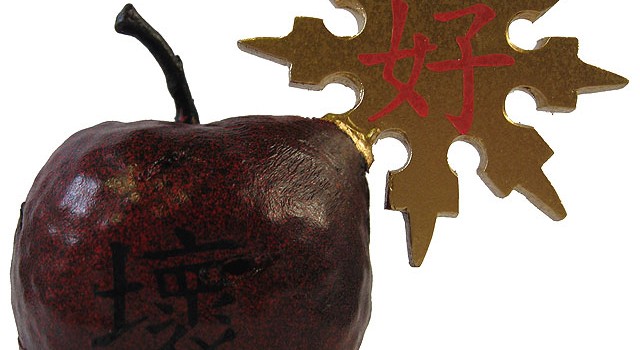 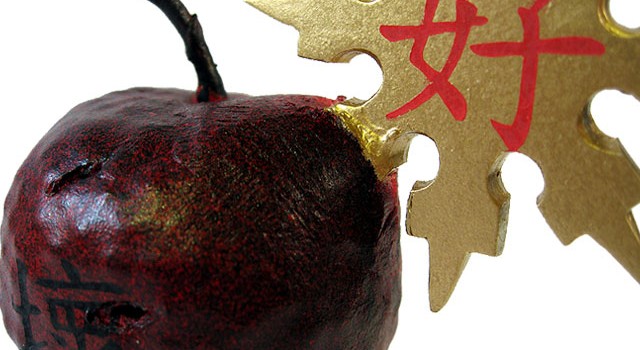 “Sticking Good into Bad” is my custom creation for the “I’m a Bad Apple” online group custom show presented by Bad Applez Inc.

Going live on February 14, 2012 (Valentine’s Day), the show will feature over 30 artists customizing 3″-5″ plastic apples that were picked up at a local craft shop.

My custom concept came from the idea of “sticking” good into something bad, or “throwing” some good into bad – I don’t really have a direct explanation for my piece, it’s pretty much what you make of it.  I wanted to try something new and different, something metaphoric: the apple is rotten and bad and the shuriken is gold and good.

The apple was pretty light (made of plastic/Styrofoam), I decided to weigh it down by cutting it in half and filling it w/ a little Super Sculpey.  The shuriken was made from Super Sculpey as well.  Spray paint was used for color.

The show will be hosted at Bad Applez Inc. store and every piece will be up for sale. 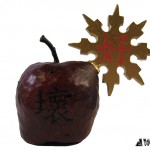 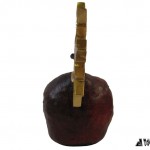 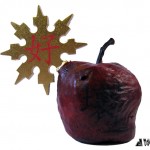 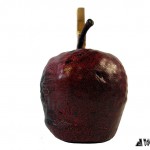 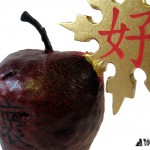