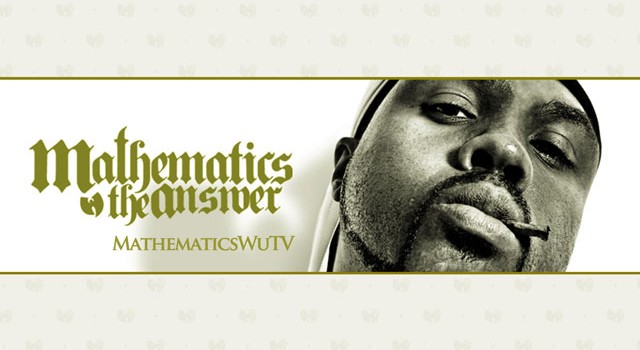 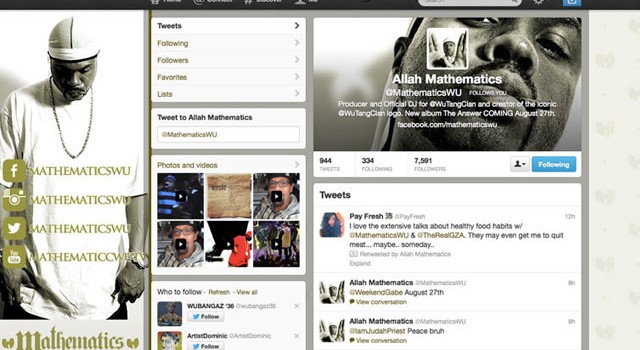 YouTube header and Twitter background, header and avatar design for Allah Mathematics, producer and official DJ for the Wu-Tang Clan and creator of the iconic Wu-Tang Clan logo.  facebook.com/mathematicswu

I was thrilled to be asked to design not only the Twitter background, header and avatar for Allah Mathematics, but also his YouTube channel header! For those of you that don’t know who Allah Mathematics is, he is the official DJ and one of the founding members of the Wu-Tang Clan.  He also designed the iconic Wu-Tang Clan “W” logo.  You can read more about Math here: Mathematics Wikipedia

The client sent me a few of Math’s official photos and pretty much gave me free reign to come up with the designs, as long as it had a consistent color scheme.

Starting with the YouTube header, I took Math’s photo from his upcoming album, “The Answer” and sized it to fit YouTube’s specifications for a header – it had to be large enough just in case the channel was viewed on a TV, while still keeping the safe area viewable on smaller devices.  I used a backdrop Math had with miniature Wu-Tang symbols, made it into a repeating, tiling background and added “The Answer” pic on top.  A final touch was to add “MathematicsWuTV” underneath it in a font similar to his album words: 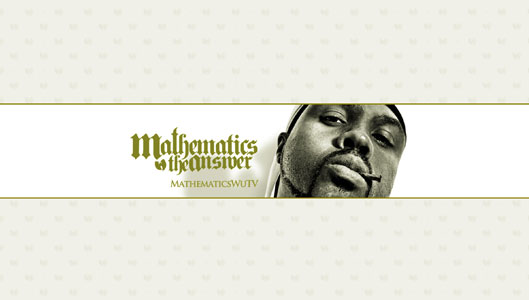 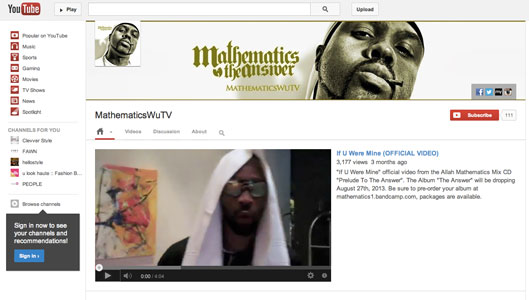 For the Twitter design, starting with the avatar, I really liked a photo of Math doing the Wu-Tang “W” hand gesture, which I feel is really representative of Math since he created the logo.  I gave it a color scheme that matched his album color and that was it, easy, clean and simple: 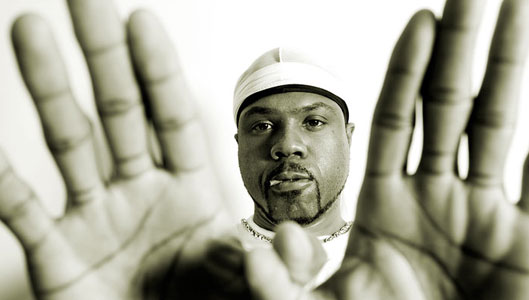 The header was a close up of “The Answer”‘s main photo, which was perfect since when used in Twitter, the avatar icon does not block Math’s eyes.  Usually I would make the header photo a bit darker so you can read the information underneath, but the client liked the photo without it being dark: 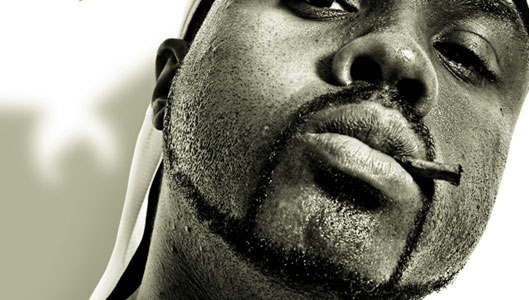 The main background image I used a photo of Math from the back of his “The Answer” album cover and overlayed it with the requested color scheme.  I added his Mathematics name with my Wu-Tang logos underneath this photo, and the client and I both thought it was a good idea to add his social media links – Facebook, Instagram, Twitter and YouTube.  I added the social media logos and changed the colors to match Math’s color scheme, and put his social media names next to them.

I really like that photo, it fits perfectly on the side and it’s almost like Math is directing/making you look at his social media links.

The green line on the side of the photo was done to separate the photo from the repeating Wu logo backdrop.  The line also gives a feeling that when you’re scrolling down his Twitter page, it feels like you’re sliding down the line – it’s hard to explain, but go to his page and scroll down and you’ll see what I mean: Allah Mathematics Twitter

The rest of the page was done with the same Wu logos as the YouTube header: 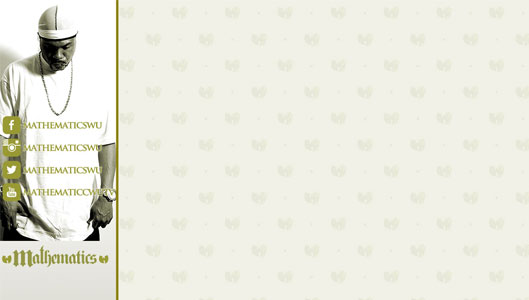 Full image of all the designs put together: 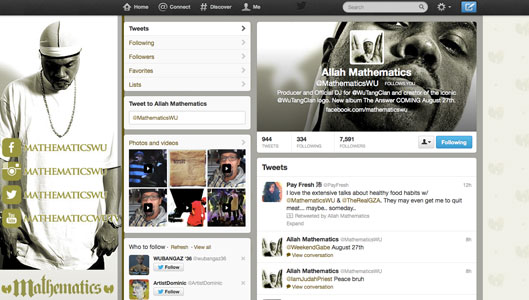 Always honored to work for a well respected producer and DJ like Allah Math and huge props goes out to my man Angel!  Go visit Math’s Twitter page and follow him! Peace.