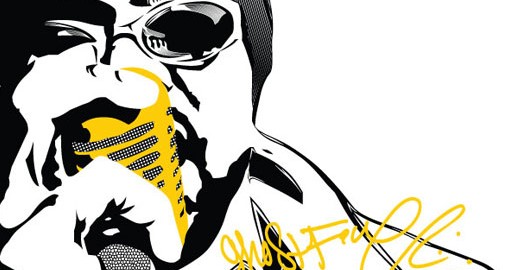 Various designs created for the Ghostface Killah line that were considered for use, cut or rejected!

After creating the Ice Cream logo, I was asked to create some images for the Ghostface Killah merchandise line but wasn’t really given any direction or guidelines on what they wanted.  It was pretty much ‘do some designs and see how we like them’.  I usually don’t like having such open free reign when working with clients because what I would think of being cool on merchandise can be totally different than what the client would think.  It’s such an large open playing field that I just wasn’t sure what to do.  And to spend too much time on a design only for them not to like it, would be a waste of time for me.

I know, most people out there would be thinking “well you should charge them for your time by the hour, that way it’s not wasted”.  But it wasn’t done this way for me – it was ‘do some designs and if we like them, we’ll use them.  If not, then we won’t’.  So it’s tough, you want to do well enough so that the design(s) would be used in the merch line of such a great hip-hop artist but at the same time you are potentially wasting time on it only to be dumped.  What do I think? I’ll take the risk and see what happens.  Yes I may be silly, but where do you get in life if you don’t take chances?

These were some of the designs I came up with – there were many many more, but didn’t feel the need to show them all on this blog.

Being that GFK calls himself ‘Iron Man’, I thought a design w/ the Wu-Tang logo within an arc reactor would be cool.  Being that I’m an Iron Man fan myself, this would be an awesome combination of the two.  I knew this may have some legal implications, but you never know: 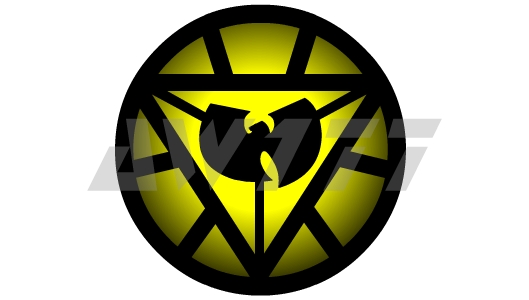 Another design, I tried going a much different direction, a chibi Ghostface Killah masked face!  Yes I know he mentioned he didn’t like the mask design, but I thought a cute logo would appeal to fans who wanted a more softer look.  I really pushed for this design, but unfortunately GFK and his people didn’t like it: 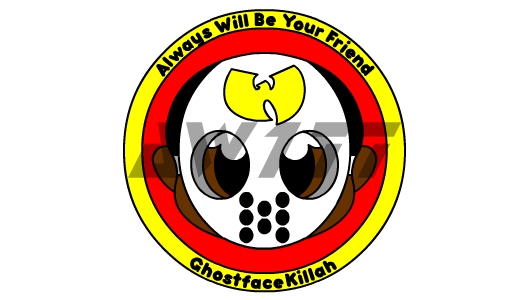 The “always will be your friend Ghostface Killah” is a line from the song Cherchez La Ghost.  I personally still think this is an awesome design, would totally throw people off that that is GFK, but what can you do.

I also thought about using some of his stock pictures and making them into vectors and see how they would look.  There were two approaches I could take with that – I could place them into Illustrator and just do a Live Trace or can manually go and vector them into a different look.  Since I wasn’t even sure if the client would like this approach, I decided to just do a quick Live Trace and see how it goes.  If the client likes it, I would go back and do it much more detailed manually.

I found a pic of Ghost online doing a salute, and coincidentally his Wu Block album (collaborative album with Sheek Louch ) was released around the same time as I was doing this design.  The album cover has the American flag within the Wu Block type: 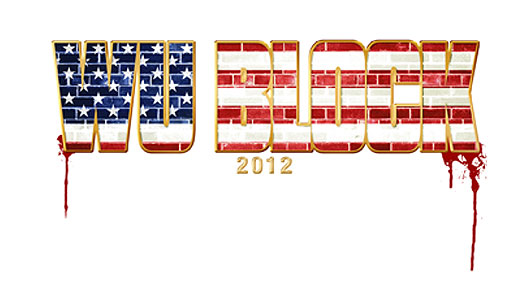 So I came up with this design, and added the Wu-Tang logo, Wu-Tang American flag background and GFK signature: 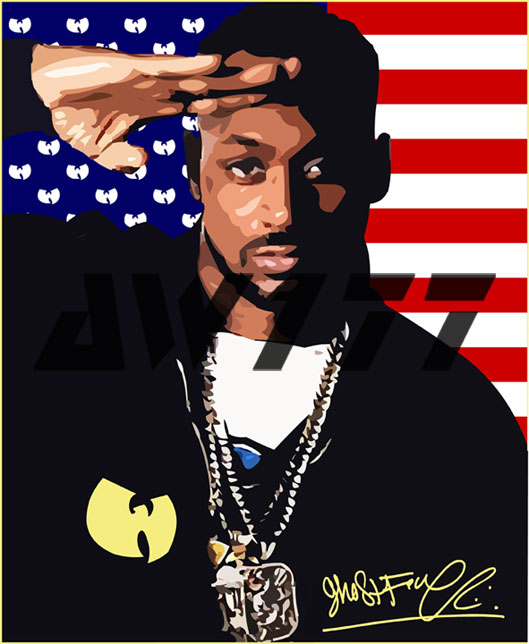 Thought it was cool, if they liked it I would’ve gone back and really detailed it up.

The client also asked to come up with a smaller GFK type-logo that can be used on socks, hats, etc..  I didn’t want to create something too large to be placed on socks, just something simple, cool and classy to use.  I came up with this type treatment: 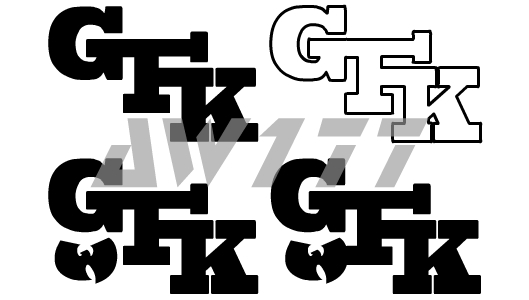 Big, bold and tough, just like GFK.  But for those that didn’t recognize what GFK stood for, the Wu-Tang logo would sure enough let them know.

The next design was based on my love of the GFK album, Supreme Clientele – I always thought the album cover gave Ghost a real classy yet hip-hop look, stands himself out from all the other rappers, which I thought was awesome: 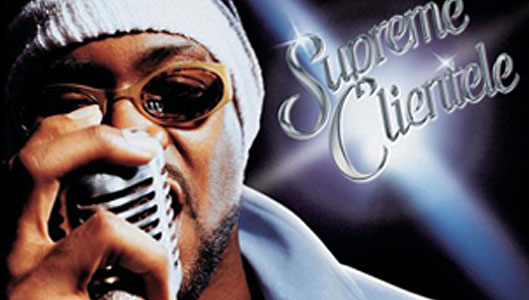 I decided to do another vector design of this cover but not just doing a simple Live Trace, but manually tracing it and using only black and white, giving it a silhouette feel.  Again, I didn’t want to go too crazy and add details to it if it wasn’t going to be used.  I thought it was enough to convey where I was going with this design: 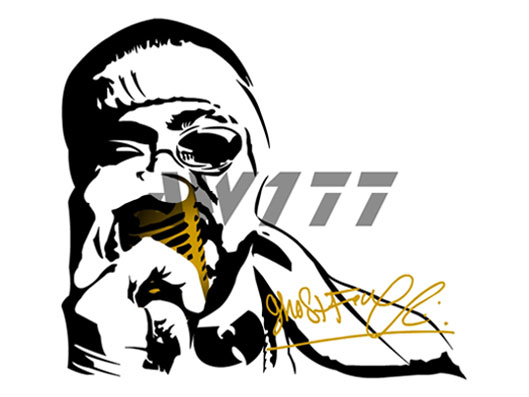 I made the mic a gold color along with his signature, as the only two items in a different color.  I REALLY liked this design and thought it would look so cool on a t-shirt.  I was hoping hard they would pick this design.  I know that reiterating an older album cover of Ghost may not be where they were heading, but it’s instantly recognizable that I thought they should take a chance on it.  And hey, if I’m wrong, then what’s the harm?

At this point, I made many more, another vectorized stock image of Ghost with his eagle bracelet and put one of his lines from the song New God Flow under it, the Iron Man helmet with the Wu-Tang logo, logos for the Ghosts’ Angels and Ghosts’ Loyals on Twitter, etc.  I submitted all of them and waited for a response.

I came up with a few, but really liked these; line from the song, Da Mystery of Chessboxin’: 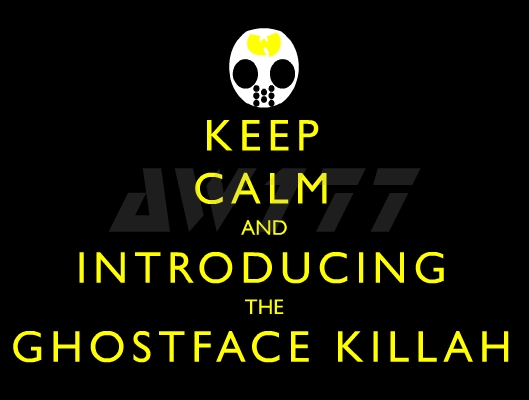 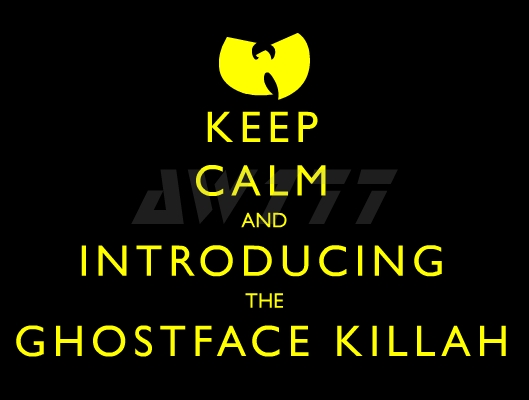 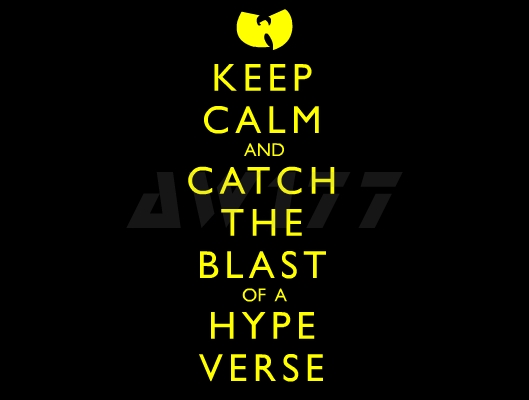 Since they mentioned that they may use the Supreme Clientele one, I thought it would be cool to detail it up more so that it would look more impressive and finalize the deal (plus I think the finished artwork would look great in my portfolio).  I wanted to detail it up but not go overboard on it and came up with this design: 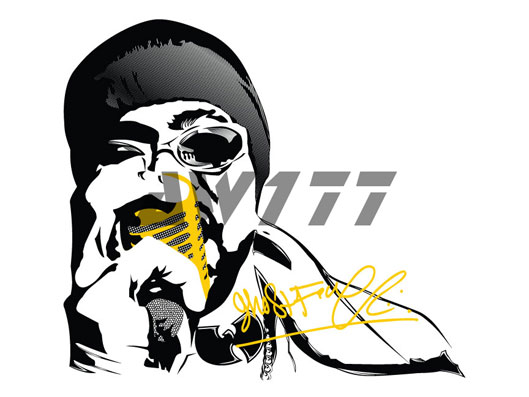 Personally, this is probably one of the coolest pieces of artwork I’ve done so far.  I love the look of this.

Submitted what I have done so far and again, no word for a long time.  I finally get a response later on and they never really mentioned what I submitted, and told me they are going to stop for now on the line and may pick it back up in the near future.  I have no idea why they would do that, but it’s fine, I took the chance of these designs not being used and doing them taught me a lot and gave me much more experience than I had before.  Hey you never know, I hope they use them in the future.

This was definitely a learning experience and I hope by sharing what I went through that you will understand some of the highs and lows of the artist/design  field.  I know I may have made some mistakes during the process, but hey I was starstruck! Please do not hesitate to ask any questions in the comments field, and I’ll try to get back to you.  Thanks for reading!