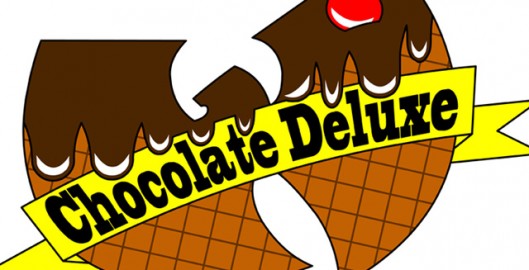 I’ve been a big fan of Wu-Tang Clan since I bought a mix-tape on the street back in 1992(?) and it contained “Protect Ya Neck” and fell in love w/ the group ever since. Chinese kung-fu flicks and hip hop? Awesome.

Recently, I was given the opportunity of a lifetime – to try to redesign the Wu-Tang ice cream logo(s) for an updated 2012 look for Wu member Ghostface Killah.  In case you don’t know the song (but how can you not???) “Ice Cream” by Wu-Tang Clan (actually it was on Raekwon’s first solo album “Only Built for Cuban Linx” but you get the idea), go look it up on YouTube.  This is one of the finest Wu-Tang/hip hop songs in my opinion – I used to play this track over and over again (and still do).

Some of my concept sketches took a long time to come up with. And it’s ironic that the one that I did up in 5 mins on my sketchbook at 1am in the morning was the one that ended up being picked by Ghost and his people

Props to Ghostface for the opportunity!

Last note – it’s funny sometimes, you lose one opportunity, another one that’s even bigger and better comes along – but you have to look for it and push yourself to do the best you can, regardless of how you feel.