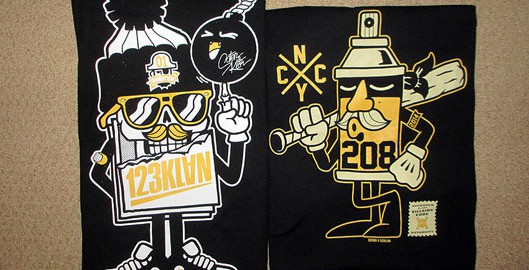 Day 3 (Saturday, October 11) was going to be my last day at New York Comic Con since Sunday (October 12) will be my birthday.

On my way there, the stupid E train is not running so I hopped onto the F train.  Walking to the Javitis center, I came about this crowd and knew I was heading in the right direction: 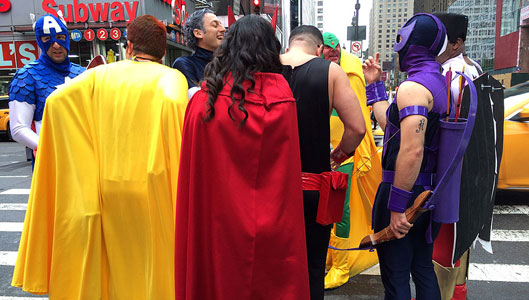 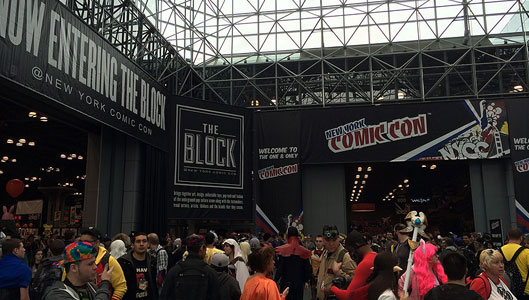 Lots and lots of people this time; some very interesting cosplayers are out in force this year! I heard NYCC surpassed the amount of people who attended SDCC!

Hit the floor for some final checks to make sure I don’t want to buy any more things, walked by the Lunar Toys Store booth and saw these (no idea what they are, but cool as hell): 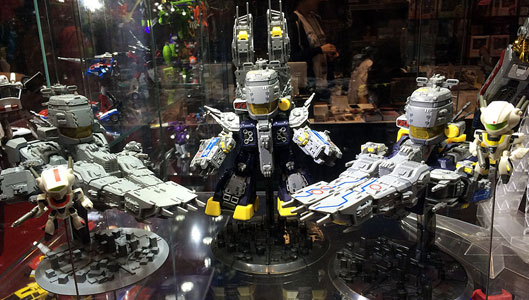 The official Marvel store had this SHIELD/Hydra messenger bag, SHIELD emblem on outside and Hydra on the inside.  Really nice but I don’t carry messenger bags: 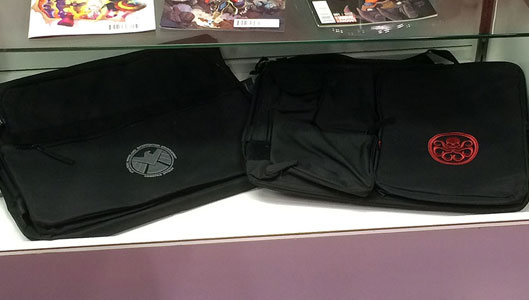 Walked by a booth that had really old comics on display that were graded and slated for future auctions; the prices they put on them that they may get for the comics in the auctions were astronomical; I can’t believe that this company would think of getting such high prices for these comics (or am I wrong and that they will get those prices?)! 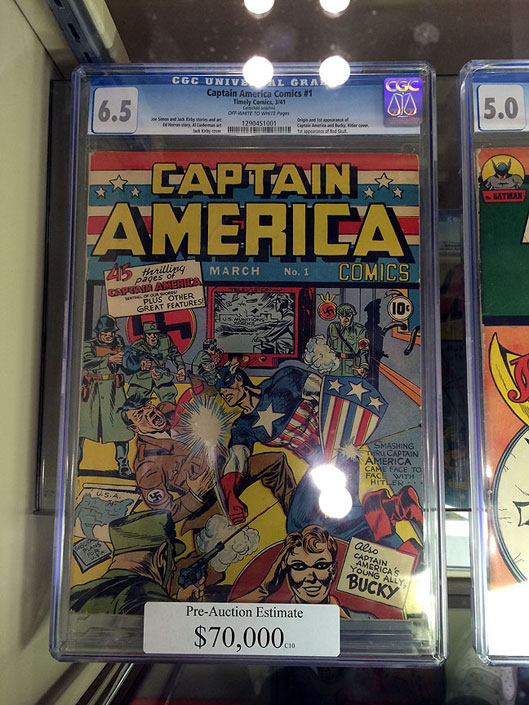 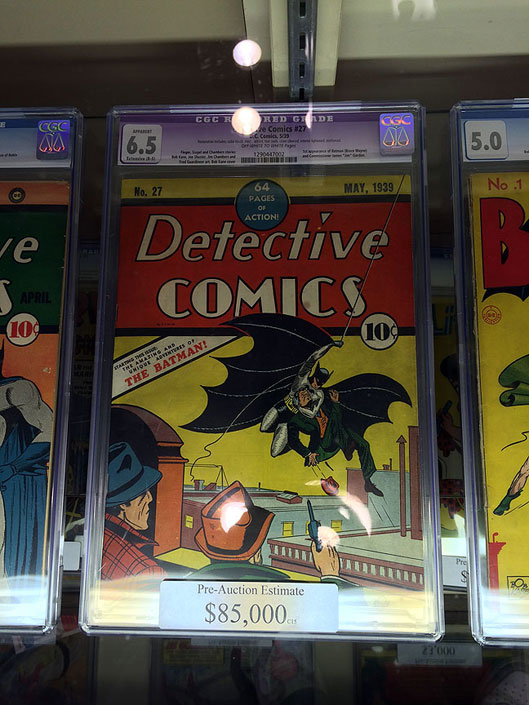 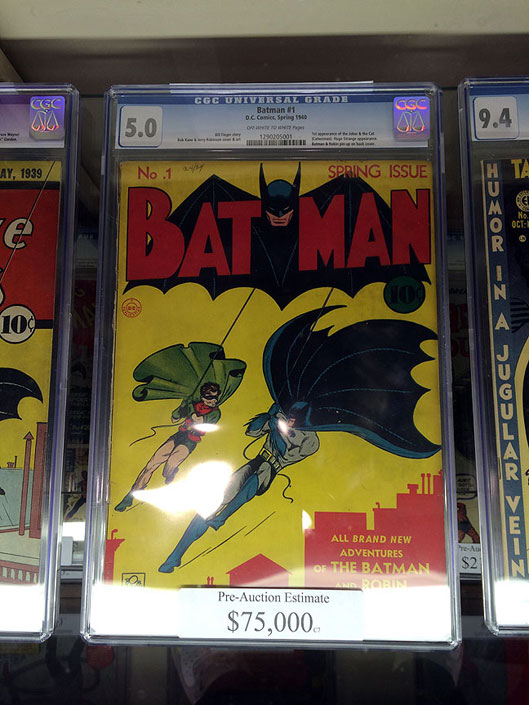 The Toy Hunter booth had this rare Boba Fett figure, wonder how much this was going for: 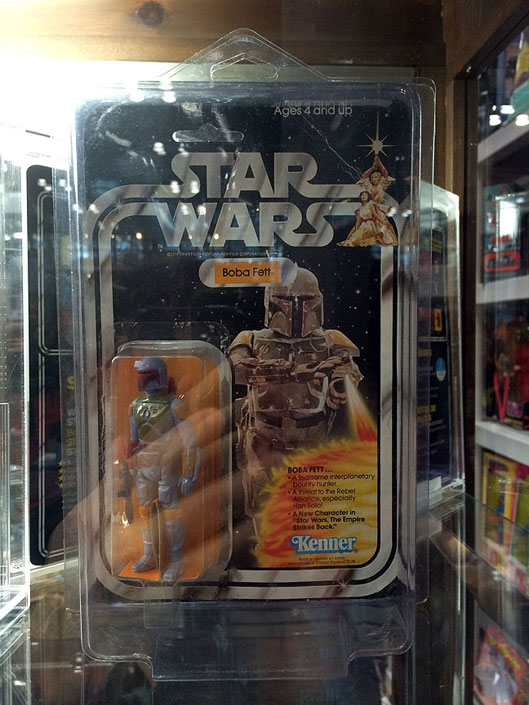 Not much more to see, content that I saw and got what I needed, so headed over to The Block for a last round of chatting and saying goodbyes: 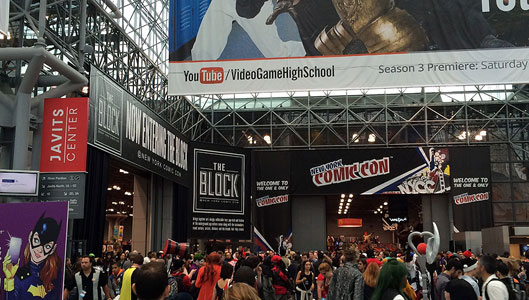 Ran into my man, Kano, and we talked about the state of the industry of the designer toy scene and other things.  Man has good knowledge and a great artist – check his work: kaNO Kid

My friend, Matthew Siegelbaum, who owns Strongtree Images Photography, snapped this pic of us together but did it so fast I wasn’t prepared for it – I don’t normally look that weird (I’m on the right in case you need to know). 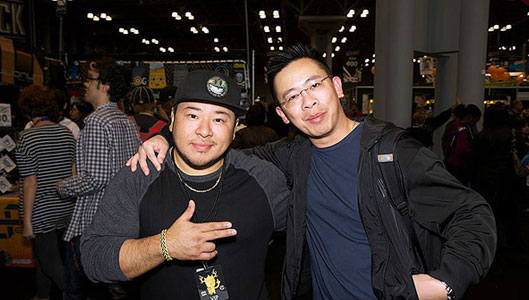 Said my goodbyes to lots of my artist friends, just too many to name individually.  As a parting birthday gift, I got some clear laser cut poker coins/business cards by my friend Kris Dulfter of Kid Ink Studios as well as these t-shirts designed by 123Klan: 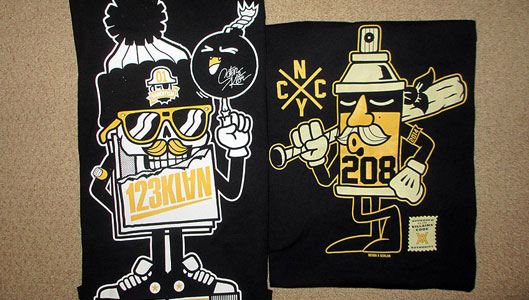 I bought the one on the left, since I thought it was so cool from Scien of 123Klan; the right shirt that has the #208 in it, is the official Tenacious Collective exclusive NYCC t-shirt.  This shirt was given to me from Benny of Tenacious Toys and means a lot to me – it’s so awesome to be a part of a collective group of people that have the same artistic interests and endeavors.  I will always remember NYCC booth #208 whenever I wear this t-shirt.  TENACIOUS COLLECTIVE!!!

Overall, I had a great time and hopefully was inspiring enough to make me do more and show more for the next con.  Till next year 2015!