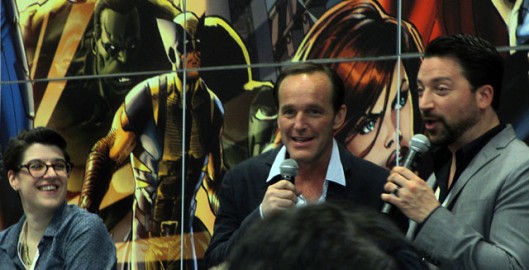 Day 3 (Saturday, October 13) was going to be my last day at the con.  I had to get up early that day and get my car fixed, which left me severely tired, but decided to head down once again to see what was going on…

Headed back to the Block and stopped by Matt’s display to see if there were any new owls added to the collection, and sure enough there were: 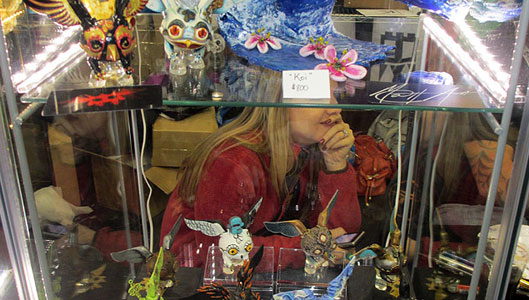 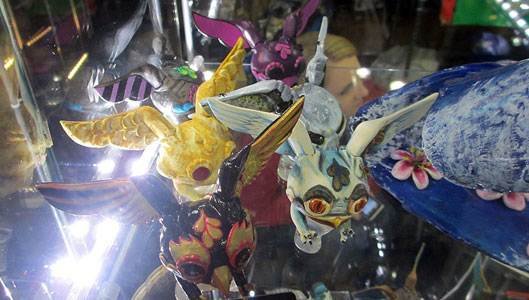 Collection is coming along nicely and for the person that bought them all, this will be quite the unique display!

There wasn’t much I wanted to see on the main floor anymore, so just decided to walk around and maybe catch something I missed.  I walked by that booth that had the Back to the Future DeLorean on display, but there was something added to it that made it all come together… 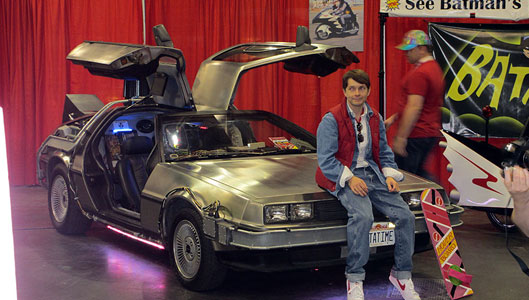 Walked around and heard some loud cheering near the Marvel booth, so decided to drop by and see what’s up.  The cheering was for actor Clark Gregg, who played S.H.I.E.L.D. agent Phil Coulson – he was on the main display at the Marvel booth.  I didn’t listen to the whole speech, but basically he said that “Coulson Lives” in the brand new upcoming S.H.I.E.L.D. TV show that will be directed by Joss Whedon! Awesome again! 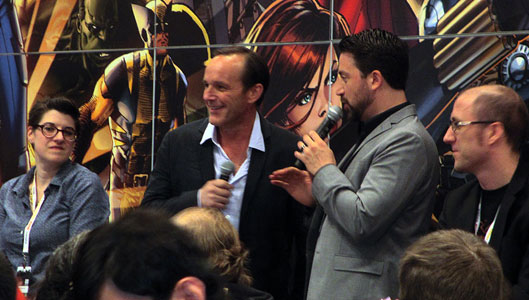 Wanted to find my friend who was working a booth and stumbled upon the IGN booth that was promoting the new RZA directed movie, “The Man With The Iron Fists”.  They announced that they were giving away free limited edition posters, so decided to stay! They threw out some trivia questions, like how long was the original cut of the movie (4 hours), quote a Wu-Tang Clan rhyme (now being the huge Wu-Tang Clan fan that I am, you would think one would pop into my head immediately, but for some reason I froze and couldn’t think of one) – people were shouting “Wu-Tang Clan ain’t nuttin’ to f*ck with” but they said that’s not a rhyme.  The person who got a poster was one who spouted the first few lines from “Triumph” – “I bomb atomically…”. 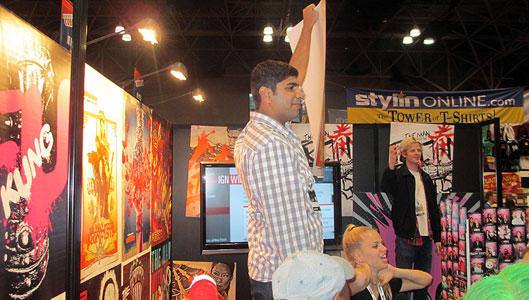 Anyway, they just said screw the questions and started to hand out the posters – stuck my hand out and got one! Poster is pretty dope, I just hope the movie is good or else people will ask why do I have a poster of such a wack movie, lol. 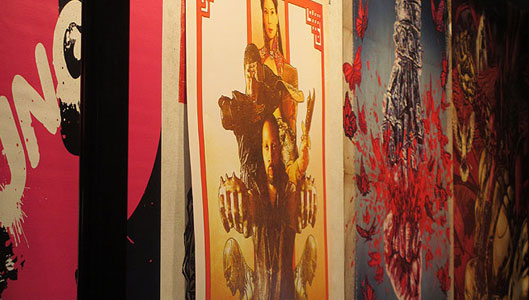 After that, said hello to my friend, headed back to the Block to say my goodbyes and went home – wanted to leave before 7pm and beat the rush.

Some of the stuff I got from the con: 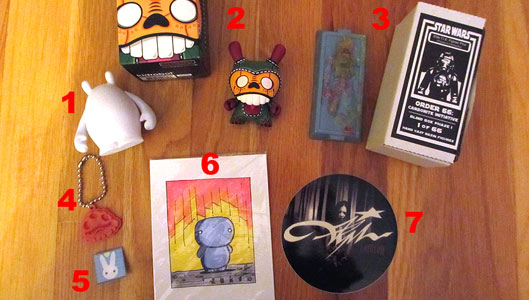 Overall I had a great time and it was truly a unique experience.  This makes me motivated to do more and show more for the next con.  Till next year!