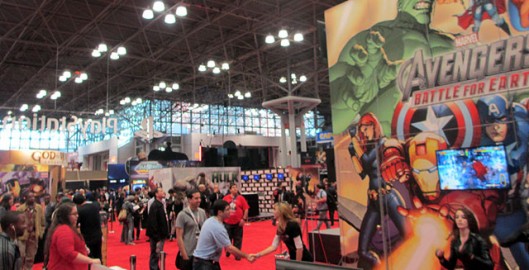 Day 2 (Friday, October 12) was actually my birthday (damn I’m old) and I originally was not going to go to the con, but due to some change of plans and what not, decided to head back down…

On my way to the con, I realized I left without my camera – my daughter Kaylee took it and hung it up near my desk and I totally didn’t see it and left without it, so this update will be without pictures! Sorry! And without pictures I can’t really remember everything I did at the con, so will only write down whatever I can think of (that’s what happens when you turn another year older).

I arrived pretty late in the day, around 4pm and totally missed Rsin’s Kidrobot signing.  I actually bumped into Rsin at the Kidrobot booth where he told me the line for his signing was crazy, practically spread across the con floor and security was threatening to shut it down! I heard Kidrobot had to suspend the release and signing afterwards, so was happy Rsin had such a successful event.  I managed to snag an Rsin dunny (you know who you are – thanks so much) and had him sign it for me.

After stopping by the Block and chatting it up with some people, I decided to head to the main floor again just to see what’s out there.  I made my way to J. Scott Campbell’s booth and he has an incredible style – if you don’t know who he is, Google him and find out.  I was tempted to buy one of his books and have him sign it, but decided to save my money.  I also looked around at t-shirts, I like cool and different shirts but didn’t really see anything I like.  I must have walked around aimlessly for about an hour and half or so, not really buying but looking.  Floor was a bit more crowded than day 1, but not too bad.

Came back to the Block, spoke to Dai again from RAWRS and  he was nice enough to give me a t-shirt for my daughter, with the only request that I take a pic and send to him.  This was the pic I took: 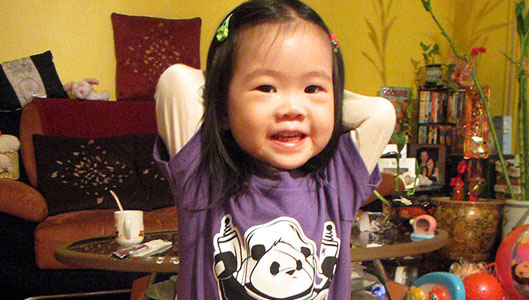 Alison of the Zukies booth was really nice as well, she heard it was my birthday and decided to give me one of her awesome mini artwork: 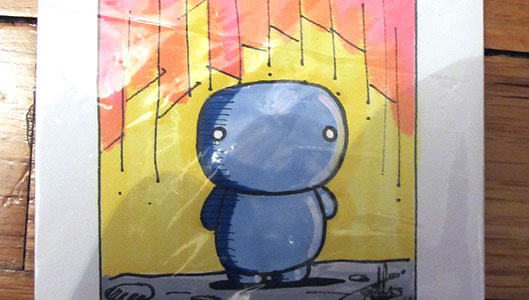 Thanks so much Alison!!! If I knew I was going to get some goodies by saying it was my birthday, I should have said it more often!!!

To top it off, Benny told me that while I was out in the main floor looking around, Jeremy Madl, who created the vinyl toy Mad*L, came by the Tenacious Toys booth to take a look at my “Eyes of the Dragon” Mystery Machine custom Mad*L! Benny snapped a pic – only wished I was around to talk to Mad for a bit! 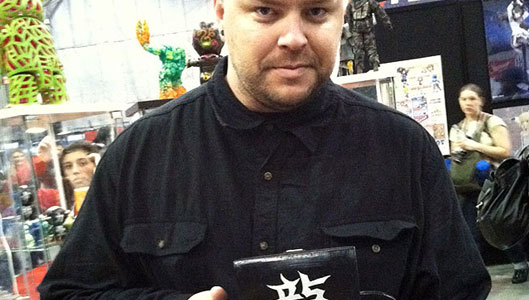 Thanks Mad, hopefully I did your platform proud!

Didn’t stay at the con too long since I had to head home to eat with my family and celebrate my birthday.  Great second day and thanks to all for the gifts!